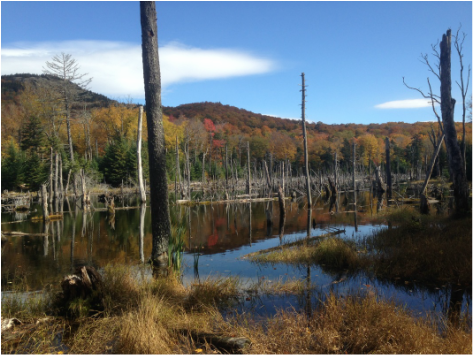 "The Day My Teenager Moves in with Her Father, I Find an Injured Bird in the Road" Animal: A Beast of a Literary Magazine
​
"Close Enough," in Grandmothers and Grandmothering: Weaving Creative and Scholarly Perspectives in Honour of Our Women Elders, eds. Kathy Mantas and Marion Dumont, Demeter Press

"I don't like to tell people I was raped," in Anthology of Poems Responding to Sexual Assault, University of Regina Press

"Game of Thrones Characters ….OR English Teachers at the End of the Semester?" Little Old Lady Comedy 2019

"Why We're Voting Red: Fairy Tale and Nursery Rhyme Characters Weigh in on the Midterms," The Weekly Humorist  5 Nov. 2018

"Just in Time for Halloween: The Most Beloved Scary Movies for Young Men in America" The Belladonna 15 Oct. 2018

"New Law Requires Sex Offenders to Self-Identify in Advance," The Satirist 21 May 2018

"Drunk Guy on Algonquin," Blue Line: The Spirit of the Adirondacks Summer 2018

"When I'm Twelve, My Mother Tells Me a Secret," Room Magazine Spring 2018.

“The Golden Touch, “ The Write Place at the Write Time, January 2016

“Garage Sale,” The Write Place at the Write Time, January 2016

“An Old Dog Teaches My Dog to Swim” Cahoodaloodaling (nominated for 2014 Best of the Net), October 2014

“Dorothy Tells it with a Sigh,” NonBinary Review, Winter 2014

“Where the Wild Things Were,” The Luminary August 2014

“The Giving Trees,” The Luminary August 2014

“Should Have Heard Them Buzzing,” The Muse:An International Journal of Feminism June 2012

“Dancing with Sylvia” Organs of Vision and Sense Fall 2011.
*reappeared on Renaissance of Reading blog spot alongside work by artist Dan Llywelyn Hall

"Everything Bitter," The Boiler Summer 2016

"The Writing on the Wall," from Shitty Lives. Performed at Rochester Fringe Fest 2015.

“Cinderella Snubs a Hand Out,” Cahoodaloodaling, April 2015 (nominated for 2015 Pushcart)

Tuesdays at Six: A Collection of Prose and Poetry, Foothills Press, 2018 (co-edited with Angelique Stevens)

“Where the Wild Sing,” semi-finalist in Mary Ballard Chapbook Prize 2015