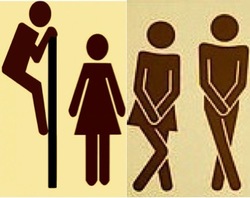 Sometimes we make shit happen. Sometimes shit happens to us. Sometimes we share our shit with our friends. But more often than not we keep our shit to ourselves. The scenes in Straw Mat’s play are linked by two bathroom stalls that symbolize our culture’s attempt to divide private and public spaces. In this sometimes hilarious, sometimes serious play, “Shitty Lives” asks what happens when we lose control over that divide. What happens when those things we would keep most private become public? 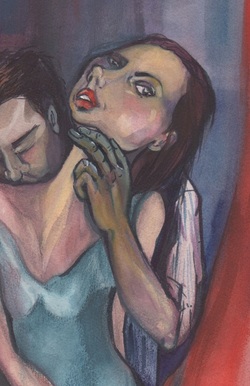 Image by HANNAH PURCELL
FourPlay ﻿
Straw Mat at The Fringe 2014


These four original works are bound together by a single straw mat, weaving characters in a
plot line that challenges historic images of women and men. One story brushes against the
next, teasing the audience, prolonging satisfaction, asking questions about what it means to
desire, to submit, to consent, to trust, to seize power, to relinquish power and to play.
Bring a date!
﻿